Trudging on to the latest installment of my attempting to pull out words/phrases/exclamations from a not-so-randomly selected installment of Daikaiju Battle Ultra Adventure , I present to you the following “useless” Japanese. I use the quotes, because honestly, if any of what you see below were truly useless, you’d never use any of it. Though, I can’t help but think that I’m going to have to talk about escaping, or even ultrasonic light waves…eventually (and quite possibly in the same sentence…hopefully?).

As I’ve tried to make resoundingly clear before, these translations are correct so far as I can tell, and the pronunciation for everything is written so that no prior knowledge of Japanese is required. Either way, giant monsters still rule and so does learning Japanese so that you can read comics about them.

Google Translate and rikaichan are at it again. To tell you the truth, at this point it doesn’t even matter to me whether or not anyone else finds their blatant errors amusing, but I’m still putting them up here regardless.

Considering this post is the final blow in my look at Daikaiju Battle Ultra Adventure and goofy translations in general (at least for the time being), try not to sulk for weeks on end about it. Chances are there’ll be more soon. Until then…じゃあね.

It’s movies like this that I have to insist on everyone watching at least once; assuming that they’re somewhat in touch with stuff that doesn’t suck.

Before YouTube, before anything close to what people commonly refer to as viral videos, there were irredeemable pieces of shit being shown at theaters across the country for decades. Sure there were diamonds among the sludge, but so much of the rest of that schlock had nowhere near as much appeal as Heavy Metal Parking Lot; and it never even had a proper theatrical release! Heavy Metal Parking Lot as a concept isn’t really that extraordinary, but the results certainly are. Watch it END_OF_DOCUMENT_TOKEN_TO_BE_REPLACED

This Month at the Siskel Center: September 2008

Quite possibly the “biggest deal” out of all the films being screened in the entire city of Chicago this month are part of a series entitled “Les Sixties” playing at the Gene Siskel Film Center. Film nerds would rightfully be quick to guess that the series covers films from the French film genre, La Nouvelle Vague (also known as the French New Wave). This series includes all of the following films: Contempt, The 400 Blows, Two or Three Things I Know About Her, Jules and Jim, Le Doulos, Six In Paris, Last Year At Marienbad and Cleo From 5 to 7.

Other series playing this month at the Siskel Center cover world cinema in the ’30s, abject expressionism, Russian cinema (of which the infamous Battleship Potemkin is a part of) and a handful of Derek Jarman films.

There will be weeklong runs of Kagemusha (directed by Akira Kurosawa), Viva and Beautiful Losers (directed by Aaron Rose and Joshua Leonard). According to the Siskel Center, co-director Aaron Rose will be present for audience discussion, but only for two screenings.

In addition to all that, the Siskel Center will also be doing special, limited screenings of Hollywood Chinese and Johnny Dodgeball.

Check out siskelfilmcenter.org for info and showtimes. Check out the internet for info on any of the films mentioned above.

With activity books like this it’s no wonder why young kids don’t take cops seriously. Even if I was five years old today, if some cop, parent, teacher, librarian, babysitter or other authority figure gave this to me as a means of educating me about this type of nonsense, I can imagine that I would be thinking the five-year-old equivalent of, “Are you fucking serious right now?” Which would probably translate to something like, “I could be on the internet or whatever right now. I don’t wanna color this dumb police lady book. I’m not a little four-year-old baby. I play Xbox 360 now and stuff.”

The thing that doesn’t make any sense is that I got a hold of this pretty recently from a booth at a small community event/get together/thing. I’m sure that all the tax money burned on making copies of this assemblage of junk could’ve amounted to some cop somewhere buying a totally sweet, not at all practical fantasy knife. 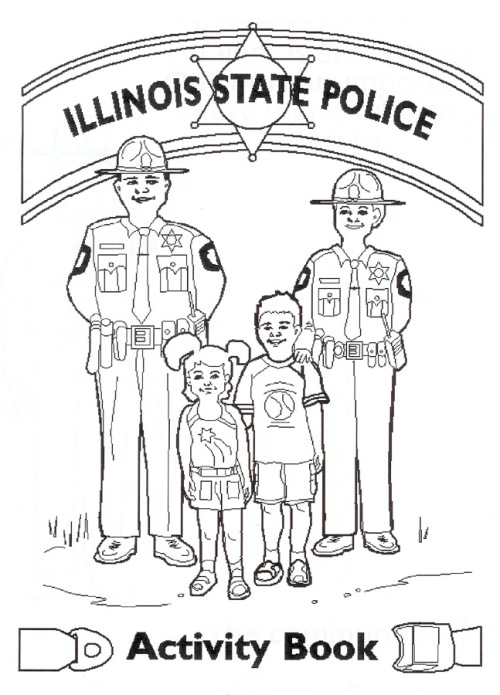 Could this have come out any worse? I’m pretty sure computer design and printing technologies have far surpassed the line art vomit on the cover of this activity book since whenever this image was actually created. It’s not 1985. Totally unacceptable.

Telepathic communication while on the phone with a cop? I’m lost. Does this mean cops can read children’s minds? Or is it the other way around? And if it’s really an emergency, then why is the kid so casual about the emergency situation? His toast/kitchen/food supply are going to be irreversibly fucked if he doesn’t do anything about the situation…and he’s calm? I’d be losing my mind. All I’d be thinking is, “Fuck, I’m gonna be grounded forever,” over and over again.

Also:
-How can a toaster catch fire when it’s both unplugged and has a slice of white bread not even all the way in it?
-Clearly, if you can see a remote/identify it, then it isn’t lost is it?.
-How is a kid going to fly a kite when there isn’t a piece of string attached to it long enough to allow that kid to gleefully frolic through an open field or beach?

Thanks for confusing and lying to America’s children.

Someone’s gotta color this and send it in. 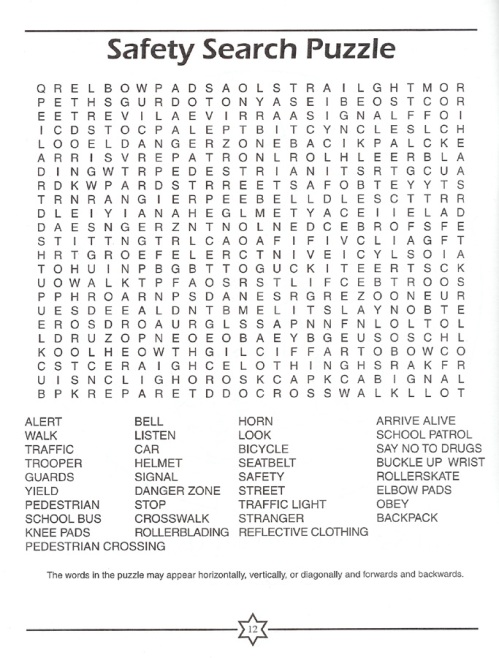 Again, someone needs to finish this and send it in or leave an image of the completed puzzle as a comment. Creative answers are obviously encouraged.

The above list of Stephen Chow movies was scribbled down in an incredibly short amount of time by Martin Wong after a Q&A that the two editors of Giant Robot (Martin Wong and Eric Nakamura) did when they came to Chicago last April. Somehow I managed to both hold on to this scrap of paper and not get this short list up here until now, but I still feel like these movies are worth checking out, so…

Stephen Chow is most famous in America for Kung Fu Hustle, but he isn’t as big of a deal here as he should be. I hadn’t seen much of anything that he had done, but saw God Of Gamblers II a few months prior, so I asked Martin if he had any recommendations. What you see above is what he provided. A lot of these movies are pretty hard to get in the U.S., but that doesn’t mean they’re impossible to find. If worse comes to worse, you can always go to yesasia.com.

Keep in mind that just because this list was written on a random envelope as fast as possible doesn’t mean that you can’t take these recommendations seriously.